It is the greatest scourge to have been hoisted on the backs of Americans.

You know the lies that came with it.  You are paying the price.

The greatest scam started by Obama is his legacy.

I just happened to run into a long time employee of the ATT Corporation while getting coffee this morning.

Due Diligence on DNC and Hillary Clinton

If Donald Trump were humble enough to allow people who are sharper on economics, history, and politics to coach and shape his talking points he could easily have pulled out a better lead from the three debates.
But no, he insists that he can finesse\improv his way into the White House against a professional graft artist like Clinton?
Have fun with that.

GA TECH take some notes here will you??

Cheating by foreigners is rampant.

At least this school is trying to combat the problem AFTER ADMITTING they have a problem. 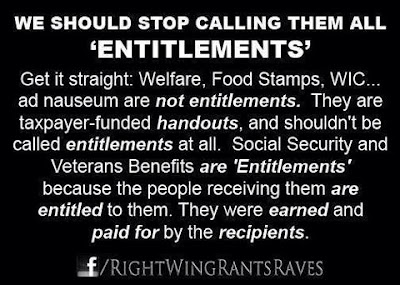 My bride and I watched the debate last night.

The MSM today is hilarious.  Let me see if I got this straight.  Mass voter fraud is proven,  pay-to-play is proven, foreign funding is proven, funneling arms and money to terrorists is proven, silencing Bill's rape victims is proven and the lies coming from the White Mosque, excuse me, the White House are at record pace.

How quickly the Clinton crew forgets that when they attack Trump for any of his past sexual innuendo it reminds us all of superpredator Bill Clinton (WJC of Wikileaks fame)  who so famously got his unit sucked dry from his employee, Monica Lewinsky (and jizzed on her blue dress which she just happened to save which probably saved her life) and was impeached in part for lying under oath about sexually attacking another female employee  by the name of Paula Jones after she sued and was awarded over $800,000 in a settlement.

Today the MSM has their collective heads up the Clinton ass.

Would it be rude of me to point out that loser "accepting" the election results has zero impact on the outcome?

So many paid shills.  So much corruption.  If she is elected, war will commence.   The MIC must be paid off.

Finally. Colin Powell you are right about one thing Sir!

Having heard the war monger Colin Powell in a speech last year I thought it timely to say he is finally right on one thing.

In 2014, Powell wrote that "he would rather not have to vote" for Hillary Clinton  because of reasons that included a report that "her husband was still dicking bimbo's at home".

Well the truth is out.

The "energizer" has been outed.

Julie McMahon will be cocktail party fodder by Saturday night.

#1 When Barack Obama entered the White House, the U.S. government was 10.6 trillion dollars in debt.  Today, the U.S. government is 19.5 trillion dollars in debt, and Obama still has several months to go until the end of his second term.  That means that an average of more than 1.1 trillion dollars will be added to the national debt during his presidency.  We are stealing a tremendous amount of consumption from the future to make the economy look much, much better than it otherwise would be, and we are systematically destroying the future in the process.
#2 As Obama prepares to leave office, the rate at which we are adding to the national debt is actually increasing.  During the fiscal year that is just ending, the U.S. government has added another 1.36 trillion dollars to the national debt.
#3 It isn’t just the federal government that is on a massive debt binge.  Total U.S. corporate debt has nearly doubled since the end of 2007.
#4 Default rates on U.S. corporate debt are the highest that they have been since the last financial crisis.
#5 Corporate profits have fallen for five quarters in a row, and it is being projected that it will be six in a row once the final numbers for the third quarter come in.
#6 During the month of August, commercial bankruptcy filings were up 29 percent compared to the same period a year ago.
#7 The rate of new business formation in the United States dropped dramatically during the last recession and has hovered at that new lower level ever since.
#8 The Wall Street Journal says that this is the weakest “economic recovery” since 1949.
#9 Barack Obama is on track to be the only president in all of U.S. history to never have a single year when the U.S. economy grew by at least 3 percent.
#10 In August, the Cass Freight Index dipped to the lowest level that we have seen for that month since 2010.  What this means is that the total amount of stuff being shipped around the country by air, by rail and by truck is really dropping, and this is a clear sign that real economic activity is slowing down in a major way.
#11 Capital expenditure growth has turned negative, and history has shown that this is almost always followed by a new recession.
#12 The percentage of Americans with a full-time job has been sitting at about 48 percent since 2010.  You have to go back to 1983 to find a time when full-time employment in this country was so low.
#13 The labor force participation rate peaked back in 1997 and has been steadily falling ever since.
#14 The “inactivity rate” for men in their prime working years is actually higher today than it was during the last recession.
#15 The United States has lost more than five million manufacturing jobs since the year 2000 even though our population has become much larger over that time frame.
#16 If you can believe it, the total number of government employees now outnumbers the total number of manufacturing employees in the United States by almost 10 million.
#17 One study found that median incomes have fallen in more than 80 percent of the major metropolitan areas in this country since the year 2000.
#18 According to the Social Security Administration, 51 percent of all American workers make less than $30,000 a year.
#19 The rate of homeownership in the U.S. has fallen every single year while Barack Obama has been in the White House.
#20 Approximately one out of every five young adults are currently living with their parents.
#21 The auto loan debt bubble recently surpassed the one trillion dollar mark for the first time ever.
#22 Auto loan delinquencies are at the highest level that we have seen since the last recession.
#23 In 1971, 61 percent of all Americans were considered to be “middle class”, but now middle class Americans have actuallybecome a minority in this nation.
#24 One recent survey discovered that 62 percent of all Americans have less than $1,000 in savings.
#25 According to the Federal Reserve, 47 percent of all Americans could not even pay an unexpected $400 emergency room bill without borrowing the money from somewhere or selling something.
#26 The number of New Yorkers sleeping in homeless shelters just set a brand new record high, and the number of families permanently living in homeless shelters is up a whopping 60 percent over the past five years.
at 10/18/2016 11:51:00 AM No comments: