Lies and more lies about the SPR 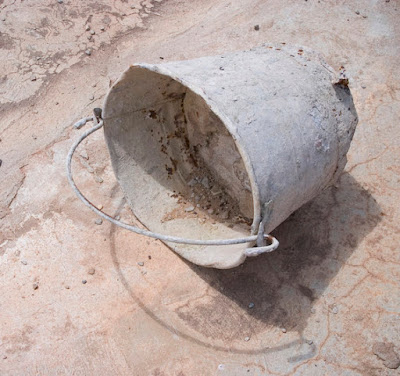 This picture is a LIVE LOOK at our SPR!

The Department of Energy announced the release of an additional 20 million barrels of oil from the Strategic Petroleum Reserve Tuesday afternoon, marking yet another desperate measure by the Biden administration to lower gas prices at the pump.


"The U.S. Department of Energy’s (DOE) Office of Fossil Energy and Carbon Management (FECM) today announced an additional Notice of Sale of up to 20 million additional barrels of crude oil from the Strategic Petroleum Reserve (SPR). This Notice of Sale is part of President Biden’s announcement on March 31, 2022 authorizing the sale of crude oil from the SPR to address the significant market supply disruption caused by Putin’s war on Ukraine and help lower energy costs for American families," DOE released in a a statement.

Earlier this month, Reuters reported that Biden's strategy of releasing oil from the SPR wasn't lowing prices and instead, much of the supply was sold off to China and other countries.

"More than 5 million barrels of oil that were part of a historic U.S. emergency oil reserves release aimed at lowering domestic fuel prices were exported to Europe and Asia last month, according to data and sources, even as U.S. gasoline and diesel prices touched record highs," Reuters reported. "The export of crude and fuel is blunting the impact of the moves by U.S. President Joe Biden designed to lower record pump prices."
at 7/29/2022 02:13:00 PM No comments:

Let that sink in.

Food fraudsters, the FDA, Big Pharma, the medical machine all in cahoots.  They love churning out poor health day by day!

Health is a PERSONAL responsibility and as Americans get more obese, American youth dumbing down with cell phones, few family units, no discipline, it's an epic shit show the likes of which America has never dealt with.

These are the names of the unelected bureaucrats who controlled the definitions of words and by extension enabled the mandate hysteria of the last 2 years that has ruined so many lives and killed many people:

This is what happens when you centralize decision making in the hands of too few and actively shut down the marketplace of ideas. We can defeat these corrupt centralized decision makers and emasculate them with sunlight. Do not forget their names.