The "weathermen" who operate our Federal Reserve system are clueless.

And to think he actually draws a paycheck.     #bullshitartist

Remember: if the data is weak, it's the snow; if it's strong, it's the recovery.

Listen to the MSM mantra of wash, rinse, repeat!

Met a friend for breakfast and he was lamenting how the markets are being manipulated by insiders.   I tried to tell him a couple of things after I stopped chuckling.  When I started talking about nanoseconds I lost him.   Funny how people always say it is impossible for someone to manipulate the market in less than half a second.

Most of America still thinks the stock markets are traded by humans!

After the eggs and hashbrowns he brought up gold prices as well.  I told him gold is held by Western central banks for exactly the same reason individuals ought to hold it: protection.  Central banks are accumulating gold because it cannot get wiped out like fiat currencies do.

I told him that people should be doing the same — not being sidetracked by the distractions.  It's not about the price today.

If you own gold, it will do the heavy lifting for you when the time comes.

They should award a Nobel Prize to Edward Snowden.

In the aftermath of the crushing humiliation from two weeks ago when the bipartisan (if perpetually wrong) Congressional Budget Office found that Obamacare would result in an additional 2.5 million job losses over the next decade, all else equal, one would think that the administration would, and should, do everything to make sure that the CBO is sufficiently incentivized, monetarily if need be (wink wink) to avoid such embarrassing incidents of truthiness in the future. One would not think that Obama would turn the other cheek and eagerly anticipate yet another roundhouse punch to the face just days later. Yet that is precisely what happened.

Minutes ago, the CBO issued another stunner of a report, looking at the impact of the minimum wage boost proposal from $7.25 to $10.10 (which at least when it comes to Federal workers is nothing more than a populist gimmick since as we showed previously the average Federal worker makes nearly twice as much as the average American). The punchline: while income would be boosted for about 16.5 million workers or a grand amount of about $31 billion, "the income of most workers who became jobless would fall substantially, and the share of low-wage workers who were employed would probably fall slightly." And the cherry on top: as much as an additional 1 million jobs would be lost by the end of 2016.

All in a day's work for central-planning.

The summary findings in a nutshell, er, nutchart:

What Options for Increasing the Minimum Wage Did CBO Examine?

For this report, CBO examined the effects on employment and family income of two options for increasing the federal minimum wage (see the figure below):

What Effects Would Those Options Have?

The $10.10 option would have substantially larger effects on employment and income than the $9.00 option would—because more workers would see their wages rise; the change in their wages would be greater; and, CBO expects, employment would be more responsive to a minimum-wage increase that was larger and was subsequently adjusted for inflation. The net effect of either option on the federal budget would probably be small.

Effects of the $10.10 Option on Employment and Income

Once fully implemented in the second half of 2016, the $10.10 option would reduce total employment by about 500,000 workers, or 0.3 percent, CBO projects (see the table below). As with any such estimates, however, the actual losses could be smaller or larger; in CBO’s assessment, there is about a two-thirds chance that the effect would be in the range between a very slight reduction in employment and a reduction in employment of 1.0 million workers.

Many more low-wage workers would see an increase in their earnings. Of those workers who will earn up to $10.10 under current law, most—about 16.5 million, according to CBO’s estimates—would have higher earnings during an average week in the second half of 2016 if the $10.10 option was implemented. Some of the people earning slightly more than $10.10 would also have higher earnings under that option, for reasons discussed below. Further, a few higher-wage workers would owe their jobs and increased earnings to the heightened demand for goods and services that would result from the minimum-wage increase.

The increased earnings for low-wage workers resulting from the higher minimum wage would total $31 billion, by CBO’s estimate. However, those earnings would not go only to low-income families, because many low-wage workers are not members of low-income families. Just 19 percent of the $31 billion would accrue to families with earnings below the poverty threshold, whereas 29 percent would accrue to families earning more than three times the poverty threshold, CBO estimates.

Moreover, the increased earnings for some workers would be accompanied by reductions in real (inflation-adjusted) income for the people who became jobless because of the minimum-wage increase, for business owners, and for consumers facing higher prices. CBO examined family income overall and for various income groups, reaching the following conclusions (see the figure below):

Then there is the question of the impact on the Federal budget:

In addition to affecting employment and family income, increasing the federal minimum wage would affect the federal budget directly by increasing the wages that the federal government paid to a small number of hourly employees and indirectly by boosting the prices of some goods and services purchased by the government. Most of those costs would need to be covered by discretionary appropriations, which are capped through 2021 under current law.

Federal spending and taxes would also be indirectly affected by the increases in real income for some people and the reduction in real income for others. As a group, workers with increased earnings would pay more in taxes and receive less in federal benefits of certain types than they would have otherwise. However, people who became jobless because of the minimum-wage increase, business owners, and consumers facing higher prices would see a reduction in real income and would collectively pay less in taxes and receive more in federal benefits than they would have otherwise. CBO concludes that the net effect on the federal budget of raising the minimum wage would probably be a small decrease in budget deficits for several years but a small increase in budget deficits thereafter. It is unclear whether the effect for the coming decade as a whole would be a small increase or a small decrease in budget deficits.


Obviously, it is not rocket science - except to some very confused Keynesians - that hiking minimum wages always results in job losses, and as for the federal deficit in 10 years, the last entity whose opinion we want to hear about this is of course, the CBO, which in 2001 had forecast that 2011 debt would be negative $2.4 trillion.

Of course, the political backlash has already started. The Hill reports:

The office of Speaker John Boehner (R-Ohio) was quick to seize on the CBO finding.

“This report confirms what we’ve long known: while helping some, mandating higher wages has real costs, including fewer people working. With unemployment Americans’ top concern, our focus should be creating – not destroying – jobs for those who need them most," said Boehner spokesman Brendan Buck.


And, as expected, the democrats were furious. Again.

But Sen. Tom Harkin (D-Iowa), the lead sponsor of the Senate bill to raise the minimum wage, took issue with the CBO's findings.

“In fact, an analysis of the Fair Minimum Wage Act reveals that gradually raising the minimum wage to $10.10 would raise the wages of nearly 28 million low-wage workers, pumping $22 billion in the economy and—contrary to the CBO’s report— would create 85,000 jobs over three years due to increased consumer demand.”

Democrats are making the wage hike a central part of their midterm election argument, and Senate Majority Leader Harry Reid (D-Nev.) has said he will bring a minimum wage bill to the floor in the coming weeks.


Surely there is nothing quite like running on an agenda of even more job losses to assure re-election.

You honestly think you can educate morons storming into a Walmart on Black Friday or idiots punching each other over the latest Nike product?

Americans are getting lazier, fatter and more reliant on the state. 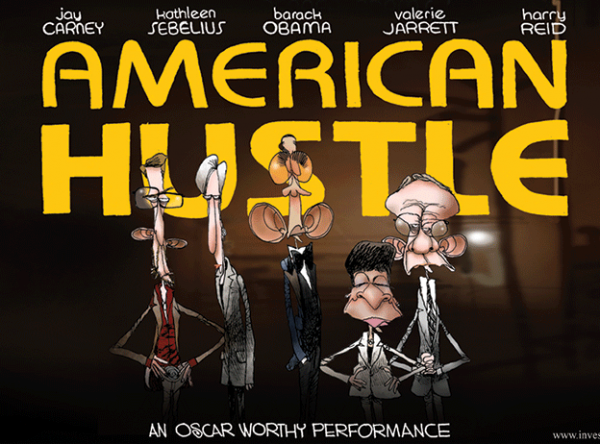 No offense to Philip Seymour Hoffman, but this is a man who railed against the 2nd amendment because guns kill people and then dies by his own hand of a drug overdose.