It’s been a great run.  Being your father and husband to your Mother are two of my greatest joys.   As I have told you, the best is yet come.  Always believe that.    A young man has many roles to play as he grows; to be a good brother, a good son, a good friend, a good husband, a good father.   The qualities to fulfill those roles are rather simple and you have all those qualities.  You were given a good foundation; you have the strength, the courage, the organization, the self awareness, loyalty and sense of happiness.  You are fortunate to have been born with all of these abilities and expand them.  I am not writing this letter to give you a blueprint for your life.  You have your own blueprint.  Any direction you decide to take I know you will do it with excellence, with discipline and do it your way.   Someday I hope you look back on my letters and notes to you and realize that the lessons I have tried to teach have come from the wisdom and experiences of my parents and their parents before them and that they can live forever in you, and yours.


Today, you have a few weeks of college under your belt and I have a hunch you have already figured out some of the tricks to being a good student.  It’s not that hard to filter out the bullshit and the biases and cut to the chase.  If there is anything in life you want to know it is at your fingertips.    Your background in sports has enabled you to figure out your strengths and weaknesses fairly early in life.  Playing safety on the gridiron you were exposed and vulnerable.    You learned early to be prepared, to anticipate, to hustle, to finish, to never give up.


College can be a busy time if you allow it to.  The vast majority of college students are stumbling around unconscious and visiting in their mind, all day long, their regrets and anxieties of the future.  Here is a check list to help you with college.  So tuck away the ego, listen up and remember these.  Are you eating well?  Are you getting enough good sleep?  Are you avoiding the people who stress you?  Are you laughing?  Are you grateful for what you have?  Have you looked to the angels above and asked God, “Who today do you want me to help?”  The rest will take care of itself.


In closing, you have heard me say on more than one occasion that the biggest decision a man will make beside his faith in God is who he will marry. When you find a girl to settle down with, take a hard look and consider if being with her will improve you or not.  Always opt for the improvement.  Remember, you never know if it is right, you will always know if it’s not right. There are going to be a lot of women trying to snag you, as you’re an outstanding catch.  Don’t allow a woman to choose you, choose her and make it a mutual thing.  Use Mom and me as an example and live by that.  And never forget the hero your Mom is, because she has had to overcome a million obstacles that would have killed an ordinary person in order to achieve her goals of being a successful wife, mother and corporate executive.  Mom and I always regarded marriage as ‘till death do us part.  We have had our ups and downs for sure but the love and confidence in each other was strengthened by the downs as well as the ups.


Jordan, you have so many great years ahead of you.  Make the most of them.  Make good use of your time every day.  Time you can never get back.  When you get much older, and believe me when I tell you this, never let an “old man” live in your body.  I try to live that mantra.  Live as you did in your youth, live large, think big, have great dreams, keep your eyes open, live life, dance like no is watching and hunt like it’s your first animal!


And above all, praise God and continue to use your tremendous vision and discipline in going after what you want out of life.

As the fall foliage drops I generally start watching more hunting shows on the boob tube. My wife has come to understand the change in seasons by how much TV I watch. If it isn't the weather channel, Bloomberg, football or a hunting show I won't have it on. I do watch CNBC at work but NEVER with the sound on unless Rick Santoli, Jimmy Rogers, David Stockman or a handful of other market mavens who I respect may be speaking.

I have really enjoyed some of the hunting episodes that engage the use of drones/go pro's. Naturally, 99% of what hunting film I am watching was taken last year and I look forward to how unique a bunch of these young gun videographers can get with a drone.

I usually wake up about 3 a.m. every morning.   Nothing new, been that way for a long long time.

Generally I get right back to sleep after a drink of water and a trip to the bathroom.

This morning I was thinking more than usual which isn't good for getting back to sleep.

This morning I thought that when you really think about it, most if not all of the countries problems come from two area codes.   212  and  202. 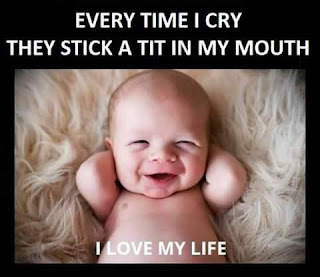 ISIS, Obama and the MIC

I am a simple guy.  Grew up going to Catholic school and lived on more Indian reservations than most kids can count across the Great Plains.

Let me see if i can get this straight.  It can't be that hard if Obama is involved.

How many billions of dollars did President Zero spend on trying to eliminate the JV team, ISIS?

If the United States launched over 6,700 air strikes over the last year against ISIS and had very little effect then how in hell can Russia in only 60 air strikes knock the living hell out of the so-called JV team and literally degrade them?  I guess the mission was accomplished as the Military Industrial Complex "won" the battle!

There are one hell of a lot of fat cats in the military industrial complex feeding off this mayhem.

All at the expense of the United States taxpayer.

In college, way back in the 70's,  I learned more from my daily dose of the Minneapolis Star Tribune then I did from the overpriced text books.  Back then it was day after day of United States military men dying in Vietnam. The Military Industril Complex was cleaning up back then as they are today.  The suburbs of Virginia and Maryland have all the stories.

When will the youth of this nation rise up and demand some accountability?

We sure aren't getting it from anyone who is elected and needs $$$$$ from lobbyists.

We’re social animals — it’s just the way the cookie crumbled. For the most part, even the most introverted of human beings need some sort of human contact every once in a while, and face-to-face interactions may still be better than sending an email or a text. Despite what we may think about staying connected via technological advances, a new study suggests that when it comes to staving off depression, actually seeing your friends does a whole lot more good than sending them an emoji.
The effects of actually seeing your friends in person are particularly salient in older individuals, and according to the Oregon Health and Science University study, those who reported “regular interactions with family and friends” were 5 percent less likely to face depression when compared to peers who only maintained phone, text, or email relationships.  “We see a dose dependent effect with in-person contact,” says Dr. Alan Teo, a professor of psychiatry at OHSU. “The more face-to-face meetings, the lower the [depression] rates go.”

In conducting their study, researchers examined the interpersonal interactions of more than 11,000 Americans aged 50 years and older. Study participants were then monitored for two years for risks and signs of depression (other factors including health status, distance from family members, and mental health history were also taken into account). Ultimately, doctors found that respondents who had regular face-to-face interactions with their friends and family (at least three times a week), faced only a 6.5 percent chance of developing depression. On the other hand, those who only saw their friends or family once every few months or even more infrequently had an 11.3 percent risk of developing depression.
Overall, some 9.5 percent of American adults suffer from depression at some point in their lives, so study results would suggest that having these in-person meetings with loved ones more frequently actually helps with overall psychological health.

Of course, this isn’t to say that emails, texts, and other digital forms of communication are bad for us as a society. Indeed, an increase in messaging devices and mediums certainly allows human beings to stay more connected to one another. But at the end of the day, Teo says, emails, texts, and even phone calls, “are no substitute for face-to face contact.”

While the study only examined older Americans, researchers believe that similar results may be extrapolated to millennials as well. However, with young adults’ widespread adoption of various social media outlets, Teo is curious as to the effects of Facebook, Twitter, and other platforms on feelings of depression, anxiety, and isolation.

“In one of my next studies,” he said, “I am now trying to measure all different types of social media use to see how that plays out with mental health outcomes, particularly in younger adults.”
So take note, friends. The next time you’re sharing a laugh or a gif via text or email, consider actually sharing some time in person. You may just put yourself in a better mood by doing so. 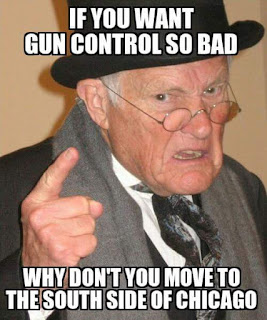 Bernanke after the fact. This is YOUR AMERIKA!

Q. Should somebody have gone to jail.
Bernanke: Yeah, yeah I think so. It would have been my preference to have more investigation of individual actions as obviously everything that went wrong, or was illegal, was done by some individial not by an abstract firm.
The Chief of the murkily-owned Federal Reserve shows a level of hubris I thought I would never hear.  He knew what was going on from Hank Paulson on down the chain.
In addition to Pauson blackmailing Ken Lewis, how about Senator Chris Dodd getting special gtreatment from Countrywide to buy a house in Ireland?   His mortgage rates were WAY below market mortgage rates.
How about Barney Frank running constant interference on anyone who pointed out FNMA was bankrupt, had no risk controls and had been turned into an overlevered MBS hedge fund run by none other than Franklin Raines?
Remember Frank whining on the floor of the US Senate that FNMA was solvent and even if it admitted bankruptcy it wouldn't cost taxpayers a dime?
Every time the crooks in Washington tried to convict a crook on Wall Street it just turned up more dirt on Congress, the Treasury, the Fed, etc....For heavens sake, Eric Holders Dept of Justice only wanted to go after S&P when they downgraded the US!!!
Bernanka knows all of this.
Now he is just a book salesman.
And pure asshole.
at 10/05/2015 06:46:00 AM No comments: