It’s been a good run.  A mere 60 trips around the sun and only 782 full moons.  I’ve watched snow clouds whip across the summit of Mt. McKinley in mid-summer.  I gave the eulogy at my Mothers funeral.  I viewed the magnificent Ware Collection of Glass Flowers at .  I watched 2 healthy sons come into the world.  I saw the pristine beauty of New Zealand.  I waded into the “crowd” on the floor of the New York Stock Exchange.  I hunted elk in the Big Horn Mountains above Yellow Tail Dam with Robert Yellow Tail, the first conservative Native American.  I hunted dinosaur fossils in the Badlands. I met my wife in .   I stood at Michael Milkens X-shaped trading desk in the office of Drexel Burnham Lambert.  I have shot 10-point bucks in their beds. I was accepted into 5 law schools. I went to 4 Super Bowls. I ate in the lobster houses of . I know the thrill of .  I looked down from the .  I caught fish in till my arms ached.  I walked the Salomon Brothers trading floor in 7 World Trade before 9/11.  I have seen the treasures of King Tut.  I know the biggest components of net worth are great health and the ability to function. I asked my wife to marry me at the foot of the . I made long ocean swims in the cold.  I looked down from a helicopter over Yankee Stadium. I learned that if it is a problem about money it is not really a problem.  I felt the heat and humidity in . I still want to be the winning jockey on the winning horse in the Kentucky Derby.  I was in the Swiss Banks in .  I have seen the Crown Jewels. I watched schools of tuna in a feeding frenzy.  I watched 3 space missions blast off.  I sipped scotch at the Ritz in . I looked the Mona Lisa in the eye.  I floated in the . I walked the most beautiful beaches in the world. I have eaten shrimp the size of lobsters and octopus the size of shrimp in .  I rode bucking horses in rodeo’s.  I know the best hugs come from your own children. I am still pained by the massacre at .  I saw aurora borealis so bright I thought I was seeing heaven from earth.  I have heard the primordial howling of coyotes across many sunsets. I partied in the original Hotel California.  I have seen death in many forms.  I sailed from Catalina Island to San Diego.  I earned a college degree. I partied at the Roxy.  I learned I chose excellent parents. I admired from Café di Midi”.  I trapped hundreds of fox.   I shot antelope at 600 yards and missed coyotes at 8 steps. I have been in planes that have landed on ice, on water, on snow and in cow pastures. I have ridden a motorcycle across much of the American West.  I identified hundreds of different birds.  I saw the artistry and beauty of World Cup soccer.   I have been lost in the Louvre. I prayed at the Wailing Wall in .  I watched the Challenger explode live on TV.  I have had more fun than any man should have. I have broken bones. I have been to the diamond cutters in .  I grew up in the poorest county in and lived in LaJolla.  I marched as a cadet at the at .  I know leverage works both ways in the stock market. I lost my best friend to a lightning strike. I have trapped coal black coyotes.  I danced in European discos and Native American pow-wows.  I miss my grandparents more every year. I took my Mom to Mazatlan.  I saw the Mid-night sun in Alaska! I saw two million birds in one flock.  I learned that success has nothing to do with money and everything to do with how you feel about yourself. I never smoked a nicotine cigarette. I had the privilege to coach youth football.  I have felt the roar of rushing Minnesota rivers in the spring while hunting beaver. I danced in Studio 54 and at Danceteria. I know the beauty of . I know the laughter of friends and the spite of enemies. I know the power of big surf.  I trapped coyotes in ’s Bob Marshall Wilderness. I changed at least 5,000 diapers for my sons.  I looked into the crater of Mt. Saint Helen’s.  I have been to two Olympic Games. I still dream big dreams. I know the gurgle of the headwaters. I know Native American racism. I ran 5k’s, 10k’s, 10 mile races and, half-marathons.  I have owned my share of winning stocks.  I always questioned my dentist. I know the beauty of white-capped waves on the Sea of Gallillee.  I fined a large brokerage firm $1,000,000.  I remember the Minnesota Blizzard of 1975.  My sailboat was nearly capsized by migrating whales.  I have watched my sons eat sushi with chopsticks and shoot their first deer and elk.  I love eating breakfast at Harry’s in LaJolla.  I lunched often at Harry’s on Wall Street.  I was on the flight deck of the USS Kitty Hawk during F-14 flight operations. I looked down on from the French Alps.  I have become a better trader every year. I know that a house is not a home without family. I know the best music came out of the 80’s.  I felt the warmth and life ebb from my father’s body as he went into the next world and it was good.  I have seen the brilliance of the Taj Mahal and tried to fathom the ghastly mass of humanity and pollution percolating in India.  I have felt the power of young lions in my hands and looked a tiger straight in the eye. And, I know the real party is in Heaven!

Lastly I married the most beautiful woman in America.  What an amazing woman I met that night in Cancun and she agreed to partner on this life adventure.  Wife, partner, friend, mother of the two finest sons any man could ask for; the love of my life, here’s to many more!
at 12/25/2013 02:34:00 PM No comments:
Email ThisBlogThis!Share to TwitterShare to FacebookShare to Pinterest

Merry Christmas TAXPAYERS from your Government

A federal judge ruled today that the National Security Agency program which collects information on nearly all telephone calls made to, from or within the United States is likely to be unconstitutional. As Politico reports, Judge Richard Leon blasted, "I cannot imagine a more ‘indiscriminate’ and ‘arbitrary invasion’ than this systematic and high-tech collection and retention of personal data on virtually every single citizen for purposes of querying it and analyzing it without judicial approval."

This is the first significant legal setback for the NSA’s surveillance program since Edward Snowden exposed it.
at 12/16/2013 01:57:00 PM No comments:
Email ThisBlogThis!Share to TwitterShare to FacebookShare to Pinterest

What the hell is wrong with America?

The cross atop Mount Soledad in LaJolla, California is an unconstitutional religious display on government land and must come down, a federal judge in San Diego ruled late Thursday.

U.S. District Judge Larry Burns ordered the cross, which honors veterans, must be removed within 90 days -- a decision that could result in the case being sent back to the U.S. Supreme Court. Burns immediately stayed his order pending an expected appeal.
The original lawsuit was filed in 2006 by the American Civil Liberties Union on behalf of the Jewish Veterans of the United States of American and several other Southern California residents.

“We support the government paying tribute to those who served bravely in our country’s armed forces,” the ACLU’s Daniel Mach, said in a statement to the San Diego Union-Tribune newspaper. “But we should honor all of our heroes under one flag, not just one particular religious symbol.”

Bruce Bailey, president of the Mt. Soledad Memorial Association, expressed disappointment in the ruling.
"It is unfortunate that the Ninth Circuit left the judge no choice but to order the tearing down of the Mt. Soledad Veterans Memorial Cross," Bailey told Fox News.

"However, we are grateful for the judge's stay that gives us an opportunity to fight this all the way to the Supreme Court."

Hiram Sasser, director of litigation for Liberty Institute, said in a statement to Fox News that they will continue to “fight for this memorial and the selfless sacrifice and service of all the millions of veterans it represents; it is the least we can do for those who gave so much to us all."
at 12/13/2013 05:48:00 AM No comments:
Email ThisBlogThis!Share to TwitterShare to FacebookShare to Pinterest

Five years ago the frantic phone calls between Hank Paulson and Lloyd Blankfein had to be in hushed tones and with some wild emotion.

Imagine.    The United States taxpayer having to rescue these clowns at these major investment banks!

When the sheeple wake up it will be too late.

Too big to fail is too big.  It's coming.  The derivatives exposure assures it.

The bubbles are forming.  Look around.  The lies.  The greed. 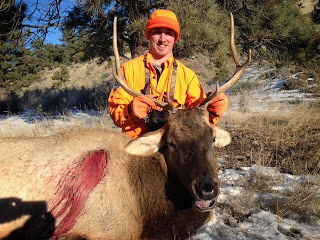 Imagine your local pizza joint dropping off an extra-large pepperoni pie via drone.

Think the homeless won't be hiding in the bushes?

What happens when the drone slams into some electric wires and the goods you wanted delivered that you paid for from Amazon are put on E-Bay in the next half-hour?

Lots of security issues for sure.  No doubt Bezoz can figure them out as long as he doesn't have to pay sales tax on what he ships!
at 12/04/2013 02:34:00 PM No comments:
Email ThisBlogThis!Share to TwitterShare to FacebookShare to Pinterest 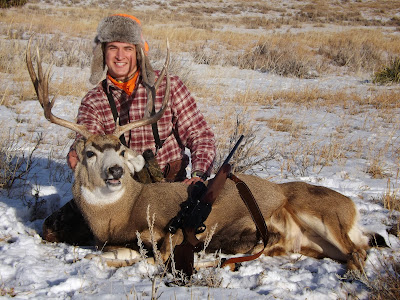 If fundamentals are so awesome, stop QE and see what happens.  It's all BS, and these people actually get paid to sit around and discuss how wonderful the Fed is for coming up with the magical idea of printing money.  See this central planning is really easy afterall.  Just kneel before the geniuses at the Fed and pray the money falls your way. No need to actually produce anything somebody needs with sweat and tears.  This is the new age of free money.

Why on earth didn't we come up with this sooner?
at 12/03/2013 05:22:00 AM No comments:
Email ThisBlogThis!Share to TwitterShare to FacebookShare to Pinterest

More than one-third of the enrollment period has passed. They're at 2.8% of their enrollment goal of 7 million.

"Officials said the site is dramatically better than when it was launched on Oct. 1." The day 6 people signed up.

Although the GAO has made clear the limitations of its data, its $394 million tally for work through March 31 has been widely cited as the price tag for the entire launch of the "Affordable" Care Act. However, as Bloomberg's Peter Gosselin finds, looking at the full range of ACA-related contracts for just 10 firms, more than $1 billion worth of contract awards. Perhaps even more mind-blowing is that more than one third of the funds going to the top contractors working on the federal exchanges were awarded in the last six months - even as it was clear the project was failing.

Obamacare is a catastrophe that cannot be fixed, because it doesn't fix what's broken in American healthcare. It is a phony reform that extends everything that makes the U.S. healthcare unsustainable sickcare.
at 12/02/2013 07:10:00 AM No comments:
Email ThisBlogThis!Share to TwitterShare to FacebookShare to Pinterest
Newer Posts Older Posts Home
Subscribe to: Posts (Atom)