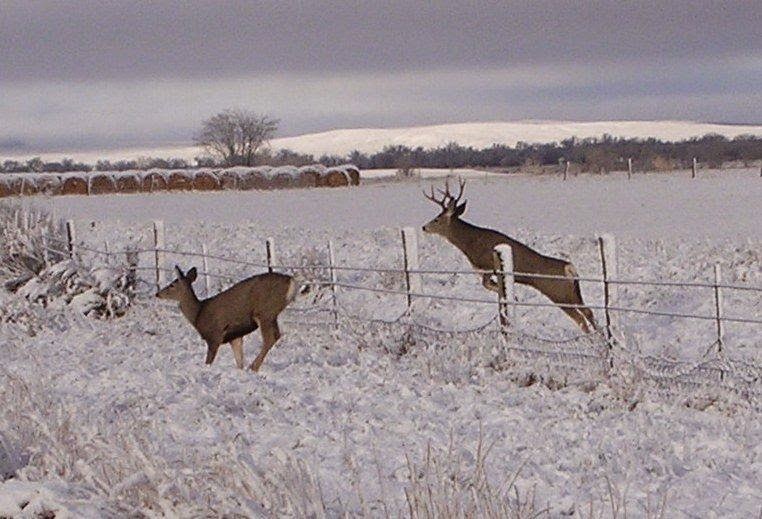 In all the trips to Montana, this is still the best shot we ever made. It was a team effort.  You did a hell of a job driving!

I see in fight club the strongest and smartest men who've ever lived. I see all this potential, and I see squandering. God damn it, an entire generation pumping gas, waiting tables; slaves with white collars. Advertising has us chasing cars and clothes, working jobs we hate so we can buy shit we don't need. We're the middle children of history, man. No purpose or place. We have no Great War. No Great Depression. Our Great War's a spiritual war... our Great Depression is our lives. We've all been raised on television to believe that one day we'd all be millionaires, and movie gods, and rock stars. But we won't. And we're slowly learning that fact. And we're very, very pissed off.

The Bart Chilton "legacy" of understanding nothing..........

Dear CFTC commissioners:
Following this week's first in a long series of articles showcasing the ongoing manipulation in the S&P courtesy of E-mini spoofing, we are delighted to inform you that even though you heroically used a whistleblower's tip to capture the sole Flash Crash mastermind, Nav Sarao, five years after a flash crash which your peers at the SEC incorrectly claimed was the work of a small Kansas City-based mutual fund, the manipulation - as you called it - of the S&P 500 continues.
By way of example, here is some very clear evidence (courtesy of Nanex) showing "spoofing" - the very charge that Sarao is being scapegoated on - occurring twice in the space of a few minutes this morning...

And while we are confident that if Nanex can see this, so can you, here is the buy side:

And on the sell side:

Then again, we are certain that you have all this data already and are already preparing the case against the perpetrator(s): after all you are the CFTC - you know "everything" that happens in the futures market. As such we are confident you are already actively investigating the ongoing spoofing in both the US and Europe... unless of course, your interest is only awakened on days when the market drops.
Regards
Zero Hedge
P.S. We won't stop this until you are forced to address the glaring hypocrisy and utter incompetence of everyone involved in the regulation of market microstructure.
at 4/24/2015 12:38:00 PM No comments:

Tired of the CLINTON SLEAZE factor?

Things that I trust more than Hillary Clinton:

* Mexican tap water
* A rattlesnake with a "pet me" sign
* OJ Simpson showing me his knife collection
* An elevator ride with Ray Rice
* Taking pills offered by Bill Cosby
* Michael Jackson's Doctor
* A Palestinian on a motorcycle
* Gas station Sushi
* A Jimmy Carter economic plan
* Loch Ness monster sightings
* Prayers for peace from Al Sharpton
at 4/24/2015 11:25:00 AM No comments: