In their infinite wisdom, the United States' Founders created the Electoral College to ensure the STATES were fairly represented.  Why should one or two densely populated areas speak for the whole of the nation?

The following list of statistics has been making the rounds on the Internet.  It should finally put an end to the argument as to why the Electoral College makes sense.

Do share this.  It needs to be widely known and understood.

Therefore, these 5 counties alone, more than accounted for Clinton winning the popular vote of the entire country.

When you have a country that encompasses almost 4 million square miles of territory, it would be ludicrous to even suggest that the vote of those who inhabit a mere 319 square miles should dictate the outcome of a national election.

Large, densely populated Democrat cities (NYC, Chicago, LA, etc.) DO NOT and SHOULD NOT speak for the rest of our country!

And, it's been verified and documented that those aforementioned 319 square miles are where the majority of our nation's problems lie.
at 9/23/2019 09:18:00 AM No comments:

Little humor before the Quad option expiration on Friday..........

During Tuesday's 'impeachment' hearing, Corey Lewandowski beat Congressional Democrats like a red-headed stepchild - starting with his opening statement:
"Sadly, the country spent over three years and 40 million taxpayer dollars on these investigations," said Lewandowski. "It is now clear the investigation was populated by many Trump haters who had their own agenda — to try and take down a duly elected president of the United States," Lewandowski said in his opening statement - later adding "We, as a Nation, would be better served if elected officials like you concentrated your efforts to combat the true crises facing our country, as opposed to going down rabbit holes like this hearing."
"As for actual 'collusion,' or 'conspiracy,' there was none. What there has been, however, is harassment of the president from the day he won the election."
"Corey Lewandowski was very precise," Rep. Matt Gaetz, a member of the House panel, told Fox News' Sean Hannity. "And House Democrats looked like a dog that had chased a car and then caught it and then did not know what to do about it."
at 9/19/2019 01:31:00 PM No comments:

A Man named Harold, and a President named Barack.

This pretty much summarizes how Obama/Biden and most liberals view the US  military.

Harold was a bright child.  He grew up in America.  He went to school and had a bright future ahead of him.  Harold was full of life but was cut short in a violent moment.  While few people had ever heard of Harold before his death, many did afterward  And in death, something very shocking happened.  What was so shocking, especially when it is compared to the death of someone else recently in the news?

Harold was Harold Greene, Major General, United States Army.  On Aug. 5, 2014, Major General Greene was killed by a Taliban terrorist. He was returned to America with full military honors.

While Major General Greene was buried, Barack Obama was golfing.  The vice president wasn't there either.  Neither was the secretary of defense.  Flags were not even lowered half-mast.

Four days after Harold Greene gave his life for America, Michael Brown was killed in Ferguson, Missouri. Brown was at best a young thug.  In the minutes before his death, he committed a robbery at a local convenience store.

According to other reports, Brown struck Officer Darren Wilson and shattered his orbital bone.  Obama sent a three-person delegation to Brown's funeral!

Neither Obama nor Biden would attend the funeral of the highest ranking military officer killed in the line of duty since 9/11, yet he sent a delegation to the funeral of a thug.

When Margaret Thatcher, one of America's staunchest allies and Ronald Reagan's partner in bringing down Soviet communism, died, Obama sent only a small low-level delegation to her funeral.  The snub was not missed by the British.

When Chris Kyle, the most lethal American sniper in history was murdered, there was no expression of sympathy from the White House. But when Whitney Houston died from drug overdose, Obama/Biden administration ordered all flags be flown at half-mast.

No wonder most "REAL" Americans hold Obama in such contempt, especially members of our Military.

You know it's absolutely true

When all is said and done and I go on ahead to the other side I hope that my friend Ed Bukoskey will be around for my family.

Thank you Ed and to your bride for all you do, have done and will do for the Parisian family at Ghost Ranch. 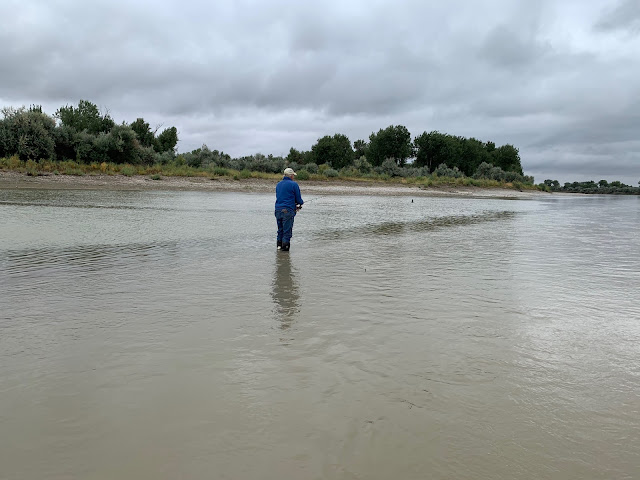 I have a great neighbor.   His name is  Ed.  He is 72, husband, father and grandfather.   Ed was an Air Force aviator and schooled as an engineer.  Ed retired from the power plant facility in Colstrip, MT and with his wife keeps the Yellowstone River Valley in produce.   Ed has been teaching bow-hunter education in MT for 33 years.  He has taught grandfathers, sons and grandsons bow hunter safety!     Funny thing, Ed hasn’t shot a deer with a rifle in 33 years.  All his teaching is on a  volunteer basis.   Ed provides onions, berries, cucumbers, potatoes and tomatoes to our family each fall.  Ed is always around and does so much for us.   This year he made wood duck boxes and helped me put them up.  Last year it was bat boxes.   On Thanksgiving I was at Ed’s table. He is always  calling to check on my sons hunting luck daily.  He has never asked for anything other than I put sugar in his coffee!
Well, I told Ed last month to come hunt.   Come to the Ghost Ranch.  Bring your bow or rifle and enjoy yourself.  He came over a few afternoons and sat on stand.  Ed Had a great time but it never came together but that is bow hunting.    So the other day I told Ed, come to Ghost Ranch and kill a bomber.  Told him no shooting small bucks.  Told him no killing cull bucks.  Only a tank for you Ed!  Use a rifle when the wind is howling!
This morning Ed was shaking like a leaf.   He did it.  With my help he got it done.  The emotion was unbelievable.   It was all I could do to hold back tears when he grabbed that massive bone and said “Buck of a lifetime”!   I am humbled by how much Ed appreciated this opportunity.   He made a great shot and listened to me every step of the way to get this magnificent deer on the ground.   It was the only deer I saw for 3 hours today which in itself is simply hard to believe.  In the blowing snow, glasses fogged, no gloves and unfamiliar weapon he made a great heart shot after I got the deer stopped.   We were so lucky.   It was Ed’s opportunity and he made the most of it.    It is friends like Ed that make living  in Montana so special!  Talk about being blessed today to give back to a friend so appreciative of what it takes to grow deer to maturity!  I am so thankful and full of gratitude for what God provides and the enjoyment we get from the Ghost Ranch.   It is truly a magical place for growing big deer and today was Ed’s day! Please join me in congratulating Ed! 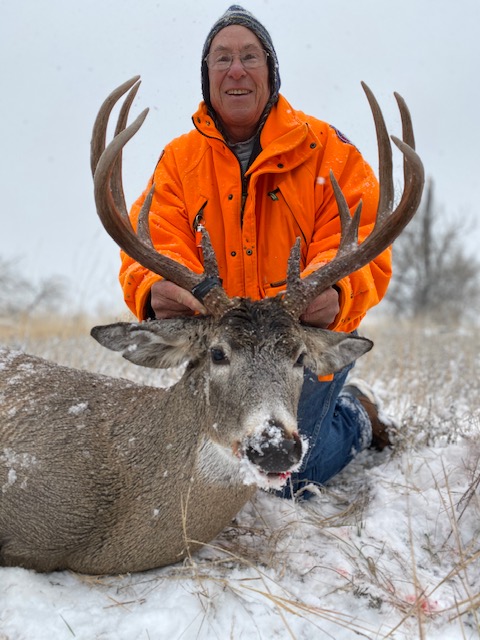 With my wife retiring after a 38-year career I have made the decision to stop managing outside money.  It was not an easy decision.  I have always enjoyed helping people.  Money was never my biggest motivator.  I always wanted to be there when needed, do my best, work hard, pay attention, work smart, be a great student, all the things I guess we all want to do at any job.   I have come to the conclusion that the only way to avoid stress at work is to not go to work.  Whether buying a ranch or traveling the world it has been always in the back of my mind; will I have the ability to respond to market turbulence for clients in case of a market melt-down?

Currently I have a half dozen clients in a fight with cancer.   It’s not easy and my number may be called any day.   God works in strange ways and it is not easy to understand.

My vision is clear.   I am thankful to have had so many rooting for me and inspiring me over the years.  Life is amazing.  I am healthy, and that is the largest component of my net worth. In looking back, I did it my way.  I worked hard and have no regrets.  I turn 66 this year.   It’s tougher to stay physically in good shape.   There are some things I want to do and my wife has lists that are getting longer.  I know you understand.

I look forward to talking with you soon.

-Bibles in school are not okay, but drag queen story time is cool. -Christianity is “anti-gay”, but Islam is a peaceful & loving religion. -Christians are radical, but letting kids be transgender is totally normal. I’m so sick of this backwards crap.

Donald J. Trump is President of the United States and saving America as an encore to his amazing life. Hillary Clinton is selling children's books because she spent all the uranium cash and she has no more favors to sell. God bless America.
at 9/08/2019 09:42:00 AM No comments: