All bull markets start with investors crowding churches, synagogues and temples around the world.  A united chorus:  “Lord, forgive me for having overindulged myself in what turned out to be a bear market,  I got carried away, a bit too greedy…pardon me Lord, I will never buy another biotech stock, another high P/E stock, mea culpa, and for sure no more FANG stocks or hi-tech names.  And forever swear off buying stock tips from the CNBC charlatans.”

It is always darkest before the dawn and then a loud and forceful voice is heard coming from the altar of these respective houses of worship:

Go placidly amid the noise and haste and remember what peace there may be in the stock market.  As far as possible without surrender be on good terms with all the bulls. Speak your truth quietly and clearly; and listen to your broker, even the dull and ignorant; they too have their story.  Avoid loud and aggressive persons, (Jim Cramer, Doug Kass, Dennis Gartman,); they are vexations to the spirit.  If you compare yourself with others, you may become vain and bitter; for always there will be greater and lesser investors than yourself.  Enjoy your profits as well as your losses.  Keep interested in your portfolio, however humble; it is a real possession in the changing fortunes of time.  Exercise caution in your business affairs, for the world is full of trickery.  But let this not blind you with virtue for there is, many fundamentalists that strive for high ideals under the weight of high frequency trading algo’s; disingenuous FED policy and everywhere life is full of the heroism of those who have survived their margin calls.  Be yourself.  Especially do not feign the chartist, the market technician.  Those plots are real, fear and greed, pain and pleasure with volume figures thrown in.  Neither be cynical about money for in the face of all aridity and disenchantment it is perennial and as green as grass though physical gold and silver will last far longer.  Take kindly the counsel of your Registered Investment Advisor, he has no ax to grind to twirl you with outrageous commission structures from the big brokers who want you to gracefully surrender your hard-earned cash because of their name alone.  Nurture your stops, not mental stops to shield you against sudden market declines.  But do not distress yourself with imagining a $100 stock disintegrating to $15 in three days.  Many fears are born of bear markets.  Beyond a wholesome discipline, be gentle with yourself.  You are a child of Wall Street, no less poor or richer; you have a right to be here.  And whether it is clear to you, no doubt Wall Street is unfolding as it should.  Therefore, be at peace with the market; whatever you conceive it to be and whatever your investment approach in the noisy confusion of life on Wall Street, keep peace with the soul.  With all its sham, drudgery and broken dreams
at 12/28/2018 11:31:00 AM

From our house to yours, Merry Christmas! 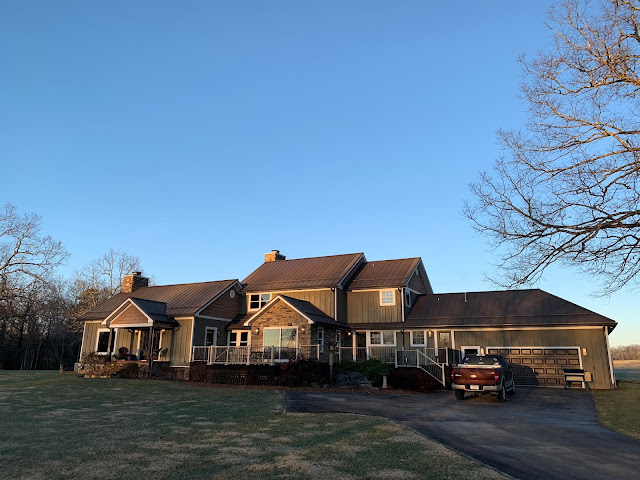 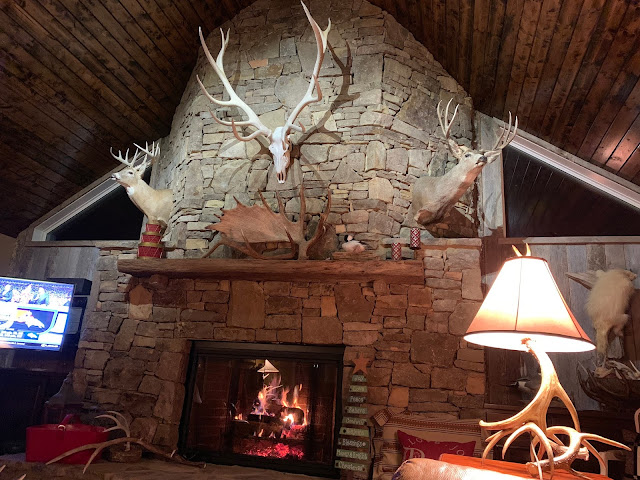 I grew up with FBI agents in our house.  Mom fed them weekly it seemed.   There was no restaurant in Mandaree and 68 miles to where they were headed.  Supper was usually ready for them before they left the reservation and I doubt few of them ever had eaten such wonderful sharptail grouse, venison and bison.

My Dad would be rolling over in his grave if he knew how few FBI agents are proud of the maggots who are at the helm of their institution.   Whatever that number is, I would bet my hunting rifle it is half the number from a couple of years ago.

Amazing how low the scum has gotten in what was once an elite crew of top law enforcement.

So you think it is criminal for a successful real estate builder/developer who builds hotels to build a hotel in a foreign country but perfectly a legal maneuver for the Secretary of State of the United States of America to sell 20% of America's uranium to a foreign country and accept $400,000,000 in campaign funds from a foreign country?

Writing his book he talked like he had the greatest memory in the history of Planet Earth.   On the stand, under oath, he could barely recall his own name.

Late in the 20th century, Osama bin Laden declared war on us for our having planted military bases on the sacred soil of Mecca and Medina; and, on Sept. 11, 2001, he made good on his declaration.
America recoiled, invaded Afghanistan, overthrew the Taliban, and set out to build an Afghan regime on American principles. Bush 43, declaring that we were besieged by “an axis of evil,” attacked and occupied Iraq.
We then helped ignite a civil war in Syria that became, with hundreds of thousands dead and millions uprooted, the greatest humanitarian disaster of the century,
Then followed our attack on Libya and support for Saudi Arabia’s war to crush the Houthi rebels in Yemen, a war that many believe has surpassed Syria as the world’s worst humanitarian crisis.
Where are the fruits of our forever war in the Middle East that justify the 7,000 U.S. dead, 60,000 wounded and untold trillions of dollars lost?
Since George H.W. Bush left the White House, the U.S. has incurred 12 trillion dollars in trade deficits, lost scores of thousands of manufacturing plants and 5 million manufacturing jobs. Our economic independence is ancient history.
After 41 left, the Republican Party supported an immigration policy that brought tens of millions, mostly unskilled and poor, half of them illegal, into the country. Result: The Nixon-Reagan coalition that delivered two 49-state landslides in the ’70s and ’80s is history, and the Republican nominee has lost the popular vote in six of the last seven presidential elections.
From 1992 to 2016, the American establishment contemptuously dismissed as “isolationists” those who opposed their wars for democracy in the Middle East, and as “protectionists” those who warned that by running up these massive trade deficits we were exporting America’s future.
The establishment airily dismissed those who said that pushing NATO right up to Russia’s borders would enrage and permanently antagonize a mighty military power. They ridiculed skeptics of our embrace of the Chinese rulers who defended the Tiananmen massacre.
The establishment won the great political battles before 2016. But how did the democracy crusaders, globalists, open borders progressives and interventionists do by their country in these decades?
Did the former presidents who sat beside Trump at National Cathedral, and the establishment seated in the pews behind them, realize that it was their policies, their failures, that gave birth to the new America that rose up to throw them out, and put in Donald Trump?
at 12/07/2018 12:34:00 PM

A woman goes to a counselor, worried about her husband’s temper.

The counselor asks, "What's the problem?

The woman says, "I don't know what to do. Every day my husband loses his temper for no reason. It scares me."

The Counselor says, "I have a cure for that. When it seems your husband is getting angry, take a double shot of Jack Daniel's and swish it in your mouth. Swish and swish, but don't swallow until he either leaves the room or calms down."

Two weeks later, she goes back to the counselor, looking fresh and reborn.

She tells the counselor, "That was a brilliant idea. Every time my husband started to get angry, I swished the Jack. I swished and swished, and he calmed down. How does swishing Jack Daniel's in your mouth do that?

The 50 years separating these great mule deer went by fast.   The differences of hair color, weight and life's education are obvious.   The constant is the passion to be in country where these animals live and to enjoy the hunt. 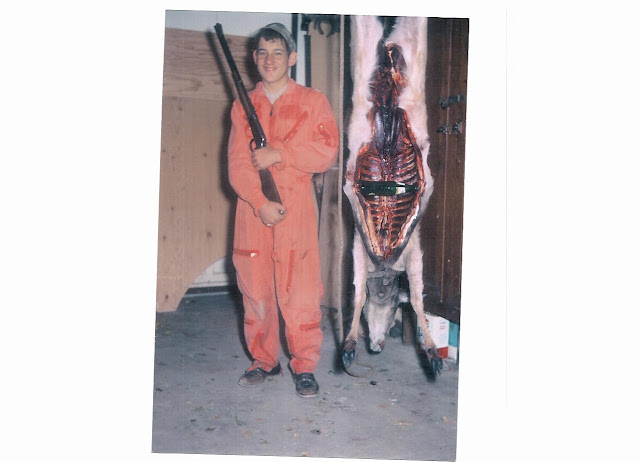 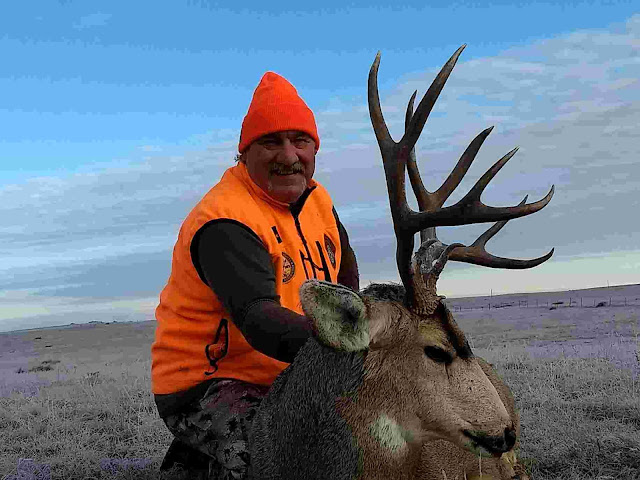