This might run ATT shares up a penny or nickel!

Three weeks ago, a CNN executive suggested that talk of impending layoffs were nothing more than a "crazy rumor." Last week, the network laid off nearly all of the Atlanta-based staff that cover health care, according to Fox News and confirmed by TVNewser - a media watchdog site founded by CNN's Brian Stelter. 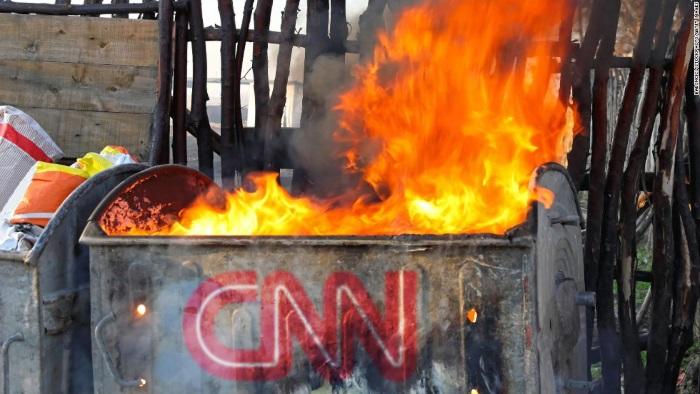 "Basically the whole division" is set to lose their jobs, according to an anonymous Fox News source who said that employees were notified on Tuesday of the layoffs.
A CNN spokesperson told Stelter's TVNewser: "As part of the normal course of business, our newsgathering team made a small restructure earlier this week that ultimately impacts 6-7 employees within CNN’s Health Unit.”

Many health department staffers met with human resources on Tuesday. Katz noted that correspondent Elizabeth Cohen is also safe.
Staffers are shocked, as the health department is considered successful and CNN recently declared that no layoffs were imminent. -Fox News

On May 7, CNN Executive Vice President Allison Gollust told Fox News: "There are no mass layoffs at CNN. I have no idea where that crazy rumor came from. We have recently offered a voluntary buyout option for employees, and just over 100 people voluntarily decided to take it. That's it," adding "We have nearly 4,000 people at CNN… and around 100 of them exercised the option for a program that was offered. That's it. Those are the facts."
TVNewser adds that "CNN’s Southeast Bureau in Atlanta, CNN Health and CNN Climate will now be under one leadership, something that was not the case before."
Of note, CNN's prime-time ratings dropped 26% in April - the worst month for total viewers since October 2015, according to Nielsen Media Research.
The slide came right after special counsel Robert Mueller's Russia report found no collusion between Russia and the Trump campaign - a narrative CNN bet their reputation on for over two years.
at 5/25/2019 02:17:00 PM
Email ThisBlogThis!Share to TwitterShare to FacebookShare to Pinterest
Newer Post Older Post Home